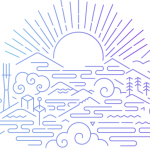 Today, Sumo Logic is pleased to announce that it is partnering with Heroku to bring a new level of real-time visibility to Heroku logs. Now Heroku developers will be able to select the Sumo Logic add-on directly from the Heroku marketplace, and quickly connect application, system and event logs to the Sumo Logic service with just a few clicks.

Developers can then launch the Sumo Logic service directly from their Heroku Dashboard to gain real-time access to event logs in order to monitor new deployments, troubleshoot applications, and uncover performance issues. They can take advantage of Sumo Logic’s powerful search language to quickly search unstructured log data and isolate the application node, module or library where the root cause of a problem hides. Developers can also utilize patent-pending LogReduce™ to reduce hundreds of thousands of log events down to groups of patterns while filtering out the noise in your data. LogReduce can help reduce the Mean Time to Identification (MTTI) of issues by 50% or more.

Developers also have access to Outlier & Anomaly Detection. Often, analysis and troubleshooting is centered around known data in systems. However, most errors, and security breaches stem from unknown data, or data that is new to a system. Analyzing this data requires highly-scalable infrastructure, and advanced algorithms to process the data. This is what Sumo Logic enables with its Anomaly Detection feature.

For logging, Heroku provides a service called Logplex that captures events and outputs streams of your app’s running processes, system components and other relevant platform-level events, and routes them into a single channel. Logplex aggregates log output from your application (including logs generated from an application server and libraries), system logs (such as restarting a crashed process), and API logs (e.g., deploying new code).

The caveat is that Heroku only stores the last 1,500 lines of consolidated logs. To get Sumo Logic’s comprehensive logging with advanced search, pattern matching, outlier detection, and anomaly detection, you previously had to create a Heroku log drain – network service that can consume your app’s logs. Then you could configure an HTTPS service for sending logs to Sumo Logic.

The Heroku add-on simplifies this process while providing developers with a seamless experience from the Heroku Dashboard. Now, with the Heroku add-on for Sumo Logic, you simply push your changes up to Heroku, then run the following on the command line to create your app:

This creates the application on Heroku, configures the app and points the log drain to the Sumo Logic service for you automatically. To view your logs, simply go to your Heroku dashboard and launch the Sumo Logic add-on.

From the Heroku Dashboard, simply click on the Sumo Logic add-on. That will open Sumo Logic.

I’ve created a quick start that shows you how to build a simple Ruby app on Heroku, install the Sumo Logic add-on, and connect your new app to the Sumo Logic service. You can use Sumo Free to test your configuration, and you can run through the entire quick start in 15 minutes.

Michael is the Head of Developer Programs at Sumo Logic. You can follow him on Twitter @CodeJournalist or LinkedIn.