In 1965, Dr. Hubert Dreyfus, a professor of philosophy at MIT, later at Berkeley, was hired by RAND Corporation to explore the issue of artificial intelligence. He wrote a 90-page paper called “Alchemy and Artificial Intelligence” (later expanded into the book What Computers Can’t Do) questioning the computer’s ability to serve as a model for the human brain. He also asserted that no computer program could defeat even a 10-year-old child at chess.

Two years later, in 1967, several MIT students and professors challenged Dreyfus to play a game of chess against MacHack (a chess program that ran on a PDP-6 computer with only 16K of memory). Dreyfus accepted. Dreyfus found a move, which could have captured the enemy queen. The only way the computer could get out of this was to keep Dreyfus in checks with his own queen until he could fork the queen and king, and then exchange them. And that’s what the computer did. The computer checkmated Dreyfus in the middle of the board.

I’ve brought up this “man vs. machine” story because I see another domain where a similar change is underway: the field of Machine Data.

Businesses run on IT and IT infrastructure is getting bigger by the day, yet IT operations still remain very dependent on analytics tools with very basic monitoring logic. As the systems become more complex (and more agile) simple monitoring just doesn’t cut it. We cannot support or sustain the necessary speed and agility unless the tools becomes much more intelligent.

We believed in this when we started Sumo Logic and with the learnings of running a large-scale system ourselves, continue to invest in making operational tooling more intelligent. We knew the market needed a system that complemented the human expertise. Humans don’t scale that well – our memory is imperfect so the ideal tools should pick up on signals that humans cannot, and at a scale that perfectly matches the business needs and today’s scale of IT data exhaust.

Two years ago we launched our service with a pattern recognition technology called LogReduce and about five months ago we launched Structure Based Anomaly Detection. And the last three months of the journey have been a lot like teaching a chess program new tricks – the game remains the same, just that the system keeps getting better at it and more versatile.

We are now extending our Structured Based Anomaly Detection capabilities with Metric Based Anomaly Detection. A metric could be just that – a time series of numerical value. You can take any log, filter, aggregate and pre-process however you want – and if you can turn that into a number with a time stamp – we can baseline it, and automatically alert you when the current value of the metric goes outside an expected range based on the history. We developed this new engine in collaboration with the Microsoft Azure Machine Learning team, and they have some really compelling models to detect anomalies in a time series of metric data – you can read more about that here.

The hard part about Anomaly Detection is not about detecting anomalies – it is about detecting anomalies that are actionable. Making an anomaly actionable begins with making it understandable. Once an analyst or an operator can grok the anomalies – they are much more amenable to alert on it, build a playbook around it, or even hook up automated remediation to the alert – the Holy Grail.

And, not all Anomaly Detection engines are equal. Like chess programs there are ones that can beat a 5 year old and others that can even beat the grandmasters. And we are well on our way to building a comprehensive Anomaly Detection engine that becomes a critical tool in every operations team’s arsenal. The key question to ask is: does the engine tell you something that is insightful, actionable and that you could not have found with standard monitoring tools.

Below is an example of an actual Sumo production use case where some of our nodes were spending a lot of time in garbage collection impacting refresh rates for our dashboards for some of the customers.

If this looks interesting, our Metric Based Anomaly Detection service based on Azure Machine Learning is being offered to select customers in a limited beta release and will be coming soon to machines…err..a browser near you (we are a cloud based service after all).

P.S. If you like stories, here is another one for you. 30 years after MackHack beat Dreyfus, in the year 1997 Kasparov (arguably one of the best human chess players) played the Caro-Kann Defence. He then allowed Deep Blue to commit a knight sacrifice, which wrecked his defenses and forced him to resign in fewer than twenty moves. Enough said. 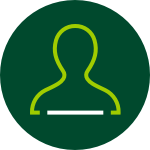 As your organization accelerates digital transformation, you need confidence in your cloud migration. Learn best practices for a successful migration.