I’m glad you ask, I just might. In fact, we started collecting data about machine data some 9 months ago when we participated at the AWS Big Data conference in Boston. Since then we continued collecting the same data at a variety of industry show and conferences such as VMworld, AWS re: Invent, Velocity, Gluecon, Cloud Slam, Defrag, DataWeek, and others.

The original survey was printed on my home printer, 4 surveys per page, then inexpertly cut with the kitchen scissors the night before the conference – startup style, oh yeah! The new versions made it onto a shiny new iPad as an IOS App. The improved method, Apple caché, and a wider reach gave us more than 300 data points and, incidentally, cost us more than 300 Sumo Logic T-Shirts which we were more than happy to give up in exchange for data. (btw, if you want one come to one of our events, next one coming up will be the Strata Conference).

As a data junkie, I’ve been slicing and dicing the responses and thought that end of our fiscal year could be the right moment to revisit it and reflect on my first blog post on this data set.

Here is what we asked:

The survey was partially designed to help us to better understand the Sumo Logic’s segment of IT Operations Management or IT Management markets as defined by Gartner, Forrester, and other analysts. I think that the sample set is relatively representative. Responders come from shows with varied audiences such as developers at Velocity and GlueCon, data center operators at VMworld, and folks investigating a move to the cloud at AWS re: Invent and Cloud Slam. Answers were actually pretty consistent across the different “cohorts”. We have a statistically significant number of responses, and finally, they were not our customers or direct prospects. So let’s dive in and see what we’ve got and let’s start at the top:

Which business problems do you solve by using logs and other machine data? 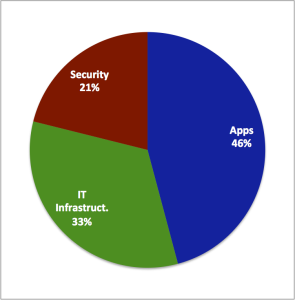 Does anything in there surprise? I guess it depends on what your point of reference is. Let me compare it to the overall “IT Management” or “IT Operations Management” market. The consensus(if such a thing exists) is that size by segment is: 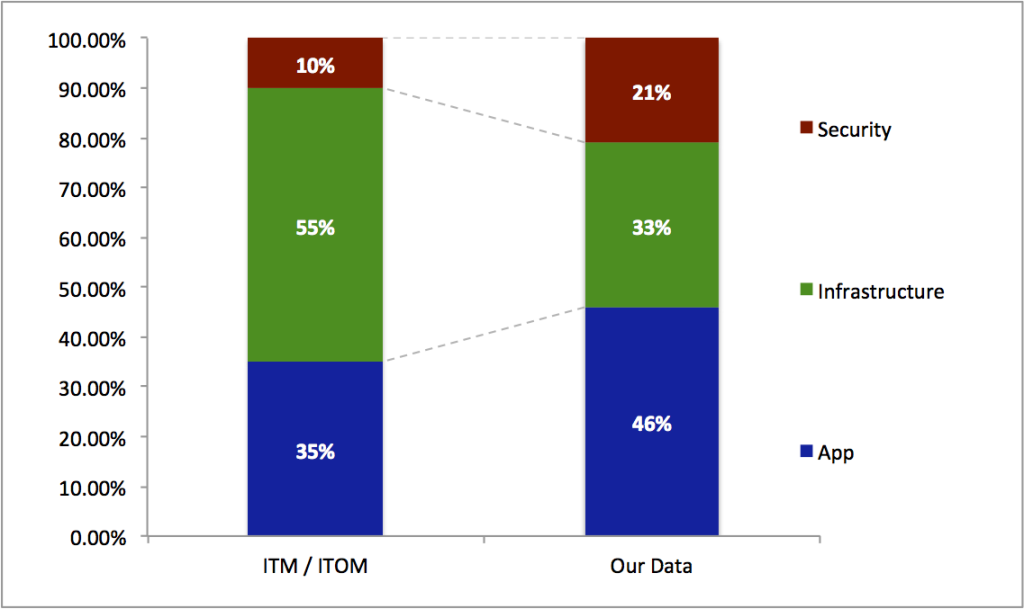 There are a few things that could explain the big difference between how much our subsegment leans more toward Applications vs. IT infrastructure.

OK, ok, let’s check the data to see which hypothesis can our narrow response set help test/validate. I don’t think our data can help us validate hypothesis #1 or hypothesis #2. I’ll try to come up with additional survey questions that will, in the future, help test these two hypotheses.

Hypothesis #3 on the other hand might be partially testable. If we compare responses from users who use commercial vs. who use home-grown, we are left with the following: 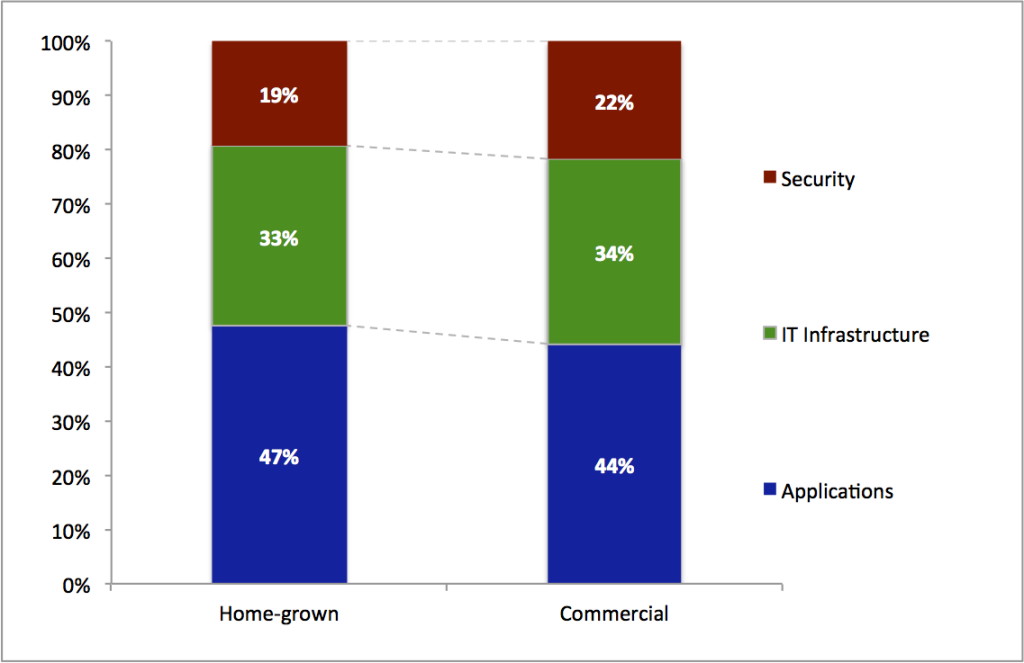 Hypothesis #4 – I think we can use a proxy to test it. Let’s assume that responders from VMworld are focused on internal data center and the private cloud. In this case they would not be relying as much on IaaS providers for IT Infrastructure Operations. On the other hand, let’s also assume that AWS, and other cloud conference attendees are more likely to rely on IaaS for IT Infrastructure Operations. Data please: 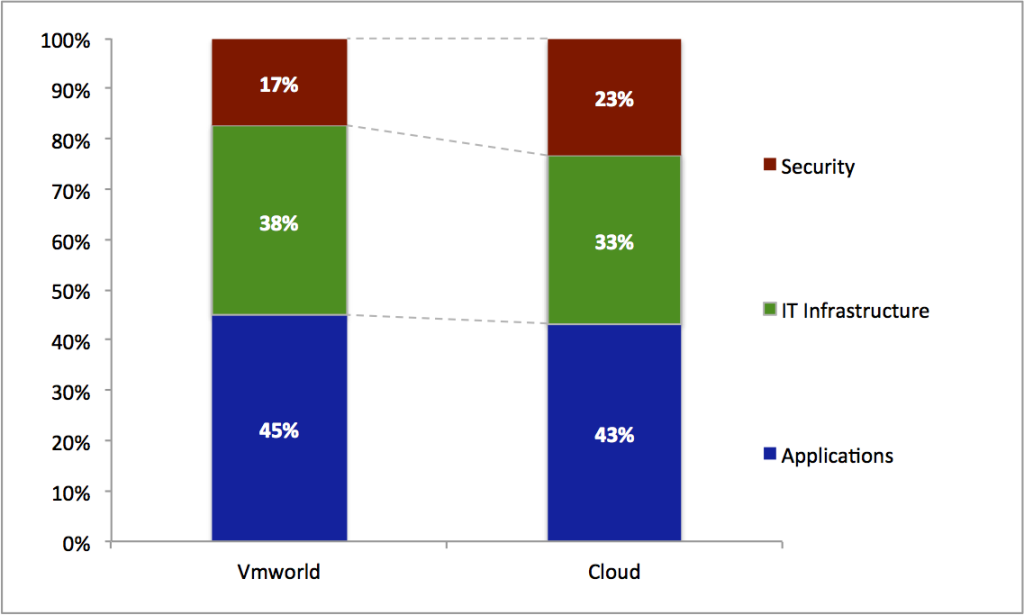 Interesting, seems to explain some shift between security and infrastructure, but not applications. So, we’re left with:

That should do it for one blog post. I’ve barely scratched the surface by stopping with the responses to the first question. I will work to see if I can test the outstanding hypotheses and, if successful, will write about the findings. I will also follow-up with another post looking at the rest of the data. I welcome your comments and thoughts.

While you’re at it, try Sumo Logic for free. 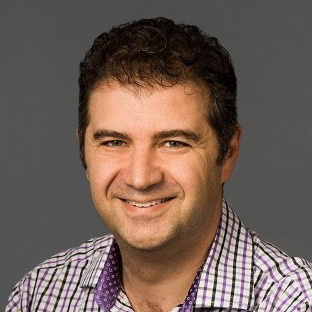