Welcome to Sumo Logic’s content hub for the Log4Shell vulnerability with Apache Log4j. You will find our latest updates and assets on this ongoing and developing issue.

Was Sumo Logic exploited or the service impacted?

For the initial Log4Shell vulnerability through the two subsequent CVEs, our security and engineering teams have confirmed Sumo Logic was NOT exploited and our Sumo Logic Service was never impacted.

What should Sumo Logic customers do?

We recommend all customers upgrade their Installed Collectors to this latest version (19.375-4) immediately.

How can I search for Log4j using Sumo Logic?

For queries and a deeper technical dive on hunting for this activity, check out our Log4Shell CVE-2021-44228 Situational Awareness Brief.

How Sumo Logic mitigates this vulnerability

What steps have been taken?

What should Sumo Logic customers do?

Dynamic, scalable, secure platform
We analyze more than an exabyte of data and one quadrillion records daily for over 2,300 enterprises around the world.

Built with security-first principle in and for the cloud
SOC 2 Type 2, PCI DSS 3.2.1, CSA Star, FedRAMP® Moderate and HIPAA certifications.

Powerful and intuitive query-based analytics
Unshackle power users with a rich operator library and enable all users with easy to use search templates. 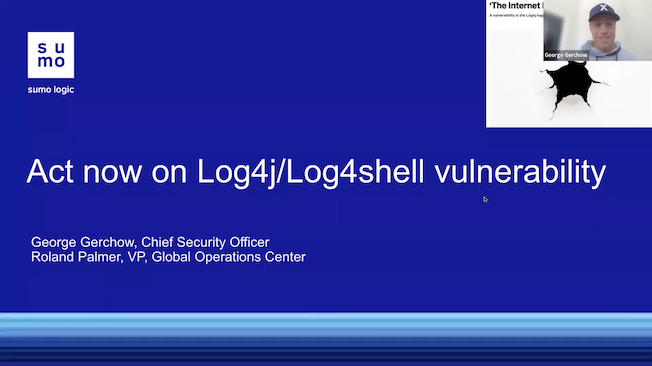 George Gerchow and Roland Palmer discuss the facts on Log4Shell vulnerability and how organizations should respond. 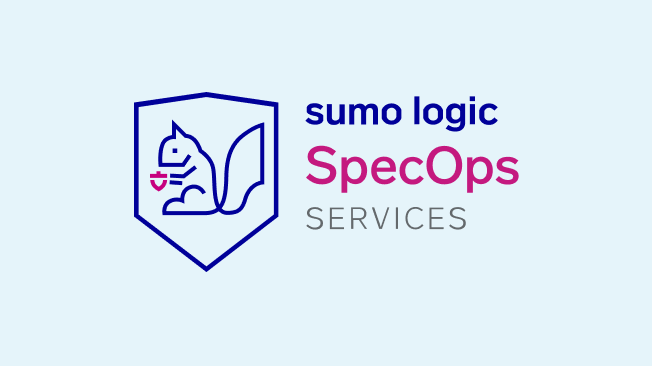 Sumo Logic’s SpecOps team provides an overview and offers recommendations on hunting for and patching against the Log4Shell vulnerability. 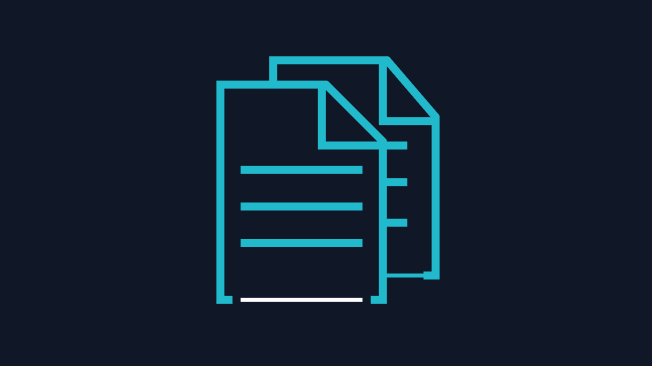 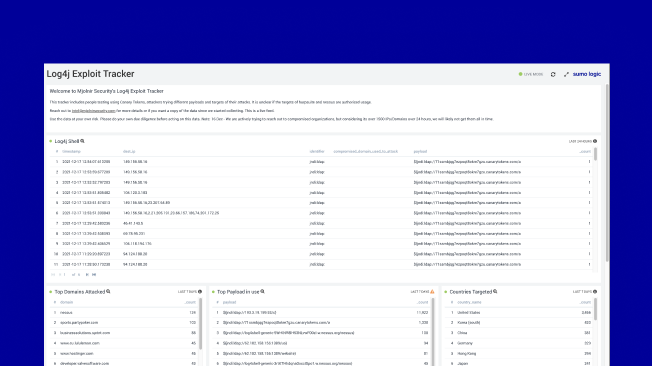 We understand this is likely an extremely stressful time for you and your security team. If you’re a Sumo Logic customer, we want to assure you that our account team is standing by and ready to help. For any additional technical questions or concerns, please open a case with Sumo Logic Support by contacting them via email, or submitting your request.

If you’re not yet a Sumo Logic customer but would like to gain a better understanding of how we’re helping organizations navigate this and future challenges, please request your own free trial.