We speak a different language in IT, just like you would in any other industry or craft trade, explained Brett Nelson, SaaS platform architect at Pitney Bowes, on stage during his talk at our user conference, Illuminate 2018. For Nelson, the challenge was finding a tool that could help break down those various technical language barriers.

Luckily for him, he found Sumo Logic, which has been crucial for providing key operational and business insights across Pitney Bowes’ vast modern IT ecosystem. The Sumo Logic platform also made it easier for his DevOps team to make sense of their world in a way that not only provided them actionable intelligence, but also gave their executives the information they need to continue to move the business forward in today’s digital world.

Why Does This Matter?

Nelson’s role as an architect of the commerce conglomerate means he’s responsible for helping multiple organizations at a time migrate from on-premises software into the cloud. For the last year and half, he and his team have been working on integrating existing software into their Commerce Cloud — a complex web of APIs talking to back-office software.

This multi-stage project was proving difficult with their complicated architecture environment. It was immediately evident they needed a unified solution to optimize their modern tool stack and find a partner that could help them consolidate various tools as they transitioned to a cloud-based infrastructure. They decided to standardize on both Sumo Logic and Amazon Web Services (AWS), removing several tools in their consolidation process.

Their migration happened at an opportune time. DevOps was gaining prominence, site reliability became a priority, and the team was under strict directive to accelerate their product cycle and increase the amount of time spent building vs. putting out fires, all while improving SLAs and reducing mean time to resolution (MTTR).

As is common with most migrations, Nelson and the Pitney Bowes team started with a lift and shift approach, closing several data centers around the world. As they moved more applications to AWS things began to accelerate. They introduced Sumo Logic and soon the team was well-versed in <code>/etc/sumo.conf</code> functions.

This early use became somewhat of an “ah-ha” moment for Pitney Bowes.. They started to understand the benefits of standardization and the cross-system applicability of Sumo Logic. Nelson spent less time manually doing the searches and more time enabling his team to set up and schedule searches and alerts. The benefit they immediately saw came by improving their customers’ experiences. Since their transaction IDs stay constant as the user request traverses through their systems, they had a holistic and unified view of how their applications were working together.

Through in-house documentation, Nelson and his team agreed on a set of standards and published them for other departments across the company to adopt. Though possibly met with some hesitancy from the developers, they ultimately came to the conclusion that by adopting the standards they could worry less about their log files and more about pushing out new features.

The standardization also allowed the Pitney Bowes developers and operations teams to adopt a microservices architecture. No longer restrained by a monolithic architecture, they developed a continuous integration lifecycle by combining Jenkins, Ansible, Elastic Beanstalk and Sumo Logic.

This continuous integration (CI) development with standard practices allowed the files to be used in multiple environments. Nelson was able to take the same file and use it in development, QA, and production to ensure better performing code and eventually automating the process.

“Sumo Logic gives me at-a-glance insight into the quality of our service delivery on the products and services I’m responsible for. This is what I need to determine when to step in and drive tactical corrective actions or strategic architectural improvements on our platform,” Kyle Pause, Director Commerce Cloud Business Systems.

As Nelson’s boss, Kyle starts his day by looking at the Sumo Logic dashboards Nelson and his team have created to arm him with the information he needs to continue to demonstrate the value of the platform to the c-suite, and to move the business forward. Sumo Logic has even become the source of truth for all their services.

The widespread adoption of Sumo Logic within Pitney Bowes has led to cross-functional teams actually developing new best practices. At their monthly DevOps roundtable meeting, one team created a dynamic logging protocol standardized on their tools.

This dynamic aggregation ensures the development teams only need to know what to call their log file and where to put it all while being confined to a Docker container. In true DevOps fashion, when developers ship a container, they can move quickly without worrying about the ops side, because they already know the operations team is standardized on Sumo Logic and knows exactly what is needed to accurately monitor performance.

Today, Pitney Bowes uses Sumo Logic from development all the way through to production, in their Commerce Cloud and mobile apps. Nelson and his team will continue to leverage the Sumo Logic platform to provide deep, immediate insights into more than 70 existing applications, and are looking forward to growing the partnership to continue to meet their operational and business needs. 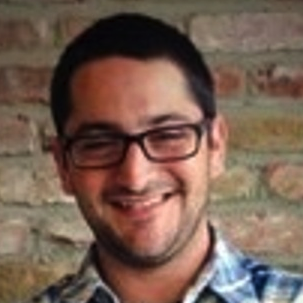