Last week, a security vulnerability was announced involving the exploitation of common features in microprocessor chips that power computers, tablets, smartphones and data centers. The vulnerabilities known as “Meltdown” and “Spectre” are getting lot attention in the media, and no doubt people are concerned about its impact on business, customers, partners and more. Here’s what you really need to know about these vulnerabilities.

What are Meltdown and Spectre?

The Meltdown vulnerability, CVE-2017-5754, can potentially allow hackers to bypass the hardware barrier between applications and kernel or host memory. A malicious application could therefore access the memory of other software, as well as the operating system. Any system running on an Intel processor manufactured since 1995 (except Intel Itanium and Intel Atom before 2013) is affected.

The Spectre vulnerability has two variants: CVE-2017-5753 and CVE-2017-5715. These vulnerabilities break isolation between separate applications. An attacker could potentially gain access to data that an application would usually keep safe and inaccessible in memory. Spectre affects all computing devices with modern processors manufactured by Intel or AMD, or designed by ARM*.

These vulnerabilities could potentially be exploited to steal sensitive data from your computer, such as passwords, financial details, and other information stored in applications. Here is a great primer explaining these security flaws.

What can be compromised?

The core system, known as the kernel, stores all types of sensitive information in memory. This means banking records, credit cards, financial data, communications, logins, passwords and secret information could which is all be at risk due to Meltdown.

Spectre can be used to trick normal applications into giving up sensitive data, which potentially means anything processed by an application can be stolen, including passwords and other data.

Was the Sumo Logic platform affected?

Yes. Practically every computing device affected by Spectre, including laptops, desktops, tablets, smartphones and even cloud computing systems. A few lower power devices, such as certain Internet of Things gadgets, are unaffected.

How is Sumo Logic handling the vulnerabilities?

As of January 4th, 2018, AWS confirmed that all Sumo Logic systems were patched, rebooted and protected from the recent Meltdown/Spectre vulnerability. We worked very closely with our AWS TAM team and verified the updates. Sumo Logic started the OS patching process with the latest Ubuntu release Canonical on January 9th.

Risk level now that AWS has patched is low, but we will continue to be diligent in following up and completing the remediation process. We take this vulnerability very seriously and are dedicated to ensuring that Sumo Logic platform is thoroughly patched and continuously monitored for any malicious activity.

If you have questions please reach out to secops@sumologic.com. 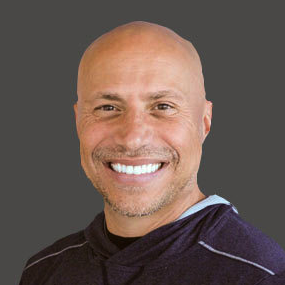 CSO and SVP of IT

As Sumo Logic's Chief Security Officer (CSO), George Gerchow brings 18 years of information technology and systems management expertise to the application of IT processes and disciplines. His expertise impacts the security, compliance, and operational status of complex, heterogeneous, virtual and cloud computing environments. George's practical experience and insight from managing the infrastructures of some of the world's largest corporate and government institutions, make him a highly regarded speaker and invited panelist on topics including cloud secure architecture design, virtualization, configuration management, operational security and compliance. George was one of the original founders of the VMware Center for Policy and Compliance and he holds CISSP, ITIL, Cisco, and Microsoft Certifications. George is also an active Board Member for several technology start ups and the co-author of Center for Internet Security - Quick Start Cloud Infrastructure Benchmark v1.0.0 and is a Faculty Member for IANS - Institute of Applied Network Security https://www.iansresearch.com/