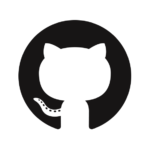 Aside from the official Sumo Logic repositories, there’s also a lot of tribal knowledge: Our Sales Engineers and Customer Success teams work daily with our customers to solve real-world problems. Often those solutions include search queries, field extraction rules, useful regular expressions, and configuration settings that are often captured in Github and other code registries. Sumo Logic Developers aggregates this knowledge in one place under Sumo Experts.

Likewise, we’re seeing more organizations creating plugins and otherwise integrating Sumo Logic into to their products using our REST APIs. So under Integrations you’ll find a Jenkins Publisher plugin, along with tools for working with Twillio, Chef, DataDog, FluentD and many others. 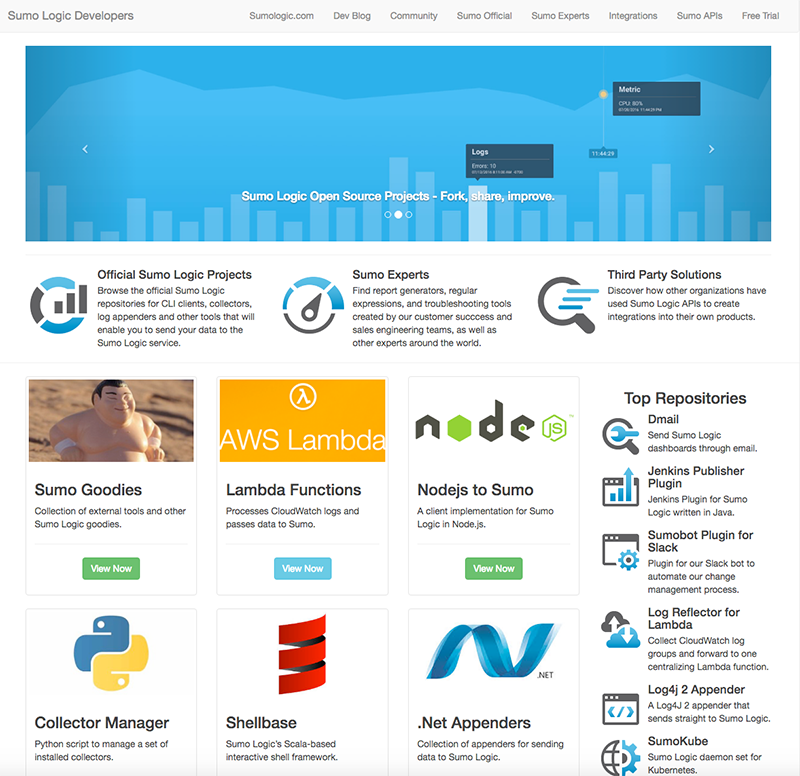 Sumo Logic Developers also provides everything our customers need to collect and ingest data including APIs and documentation, educational articles and walkthroughs from our Dev Blog, and links to all of our supported apps and integrations.

The project was an enjoyable break from daily tasks and for those considering building a Github Pages site, I’d like to share my experience in building Sumo Logic Developers. If you’d like to contribute or add your project or repo to one of the lists on Sumo Logic Developers simply reply to this thread on our community site, Sumo Dojo. Alternatively, you can ping me on Twitter @codejournalist.

Sumo Logic Developers is built on Github pages using Jekyll as a static site generator. Github pages are served from a special repository associated with your User or Organization account on Github. So all the code is visible unless you make it private. Github pages supports Jekyll natively so it’s easy to run builds on your local machine and review changes on a localhost before deploying to Github.

I used the Bootstrap JavaScript framework to make the site responsive and mobile friendly. In particular Bootstrap CSS uses a grid system that uses rows and up to 12 columns. The grid scales as the device or viewport size increases and decreases. It includes predefined classes for easy layout options, so I can specify a new row like this:

Within the row, I can designate the entire width of the screen like this:

This create a full screen area using all 12 columns. Note that Bootstrap CSS lets you specify different sizes for desktop, laptop, tablets and mobile phones. This last example hides the content in this on extra small mobile screens. The following creates an area of 4 units on large and medium screens (most desktops and laptops, 6 units on small screens (most tablets) 8 units on phone devices.

Jekyll is a static site generator that includes the Liquid template engine to create data-driven sites. So using Liquid’s template language I was able to populate open-source projects into the site using data read from a Yaml file. This feature allows our internal teams to quickly update the site without having to muck in the code. A typical entry looks like:

We use a Github workflow, so team members can simply create a new branch off of the master, edit the title, repo_description and url, then make a pull request to merge the request.

You can find all of the source code at https://github.com/SumoLogic/sumologic.github.io

Contributing to the Github Pages Site

At it’s heart, Sumo Logic Developers is really a wiki – it’s informative with an amazing amount of rich content, it’s based on the work of our community of developers and DevOps practitioners, and it operates on a principle of collaborative trust. It’s brimming with tribal knowledge – the lessons learned from those who’ve travelled before you. In fact, the site currently represents:

Our main task now is finding new projects and encouraging members like you to contribute. The goal is to empower the tribe – all of those who use Sumo Logic to build, run and secure their modern applications.

Michael is the Head of Developer Programs at Sumo Logic. You can follow him on Twitter @codejournalist. Read more of Michael’s posts on Sumo Logic’s DevOps Blog.