When migrating to Kubernetes and re-architecting your applications into containers, logging is a critical piece to consider. The twelve-factor app methodology has a section dedicated to logging and outlines the importance of not worrying about routing and storage of your logs. As a best practice, applications running in containers should rely 100% on standard output (STDOUT). Unfortunately, getting logs from applications that do not write to STDOUT is non-trivial and has many things to consider. Logs which are not sent to STDOUT are not accessible through the conventional means we use regularly. You cannot use the kubectl logs command as they are not available in the /var/log/containers directory so they cannot be gathered in the same logging pipeline as other logs coming from containers. Not only have we at Sumo Logic hit this challenge in our migration to Kubernetes, but also have some of our customers. We all wanted to do something about it. That’s why I am excited to announce the release of the Tailing Sidecar Operator to make these challenges much easier.

MySQL database was deployed in Kubernetes cluster with Slow Query Logs enabled. The commands below provide an example:

Slow Query Logs are by default available in

/bitnami/mysql/data/my-release-mysql-0-slow.log and these logs are accessible only from the container.

For a Kubernetes administrator it is not difficult to get them using kubectl exec command in the form like this:

However it is not the first thing in the mind of a Kubernetes administrator when something goes wrong in the cluster. Mostly kubectl logs command is the first idea, so it would be good to have logs available through this command.

How does the Tailing Sidecar Operator help in getting logs?

The concept for single tailing sidecar container is illustrated on schema below:

Tailing sidecar container uses Fluent Bit, with tail plugin and output plugin that sends records to the standard output, benefiting from its performance and features.

Configuration in annotation should be provided using following syntax:

And then install operator:

Coming back to the example with Slow Query Logs from MySQL database, there is only one thing which needs to be done to see the power of Tailing Sidecar Operator - the annotation must be added to Pod:

For MySQL deployment used in example this section needs to be added to values.yaml:

Thanks to the Tailing Sidecar Operator there is a log file with Slow Query Logs in /var/log/containers so these logs will be gathered by a standard logging pipeline.

There is one important fact to mention - containers cannot be added to existing Pod. Tailing Sidecar Operator is able to add containers to Pod leveraging mutating admission webhook. In short, the Tailing Sidecar operator receives information about requests for creating a new Pod before it is created. Because of that, the operator can modify Pod specification. It is important to remember that adding or deleting elements in tailing-sidecar annotation corresponds to adding or deleting containers from Pod specification.

We decided this project has great benefit to the Kubernetes community and can help anyone faced with the challenges of legacy applications that might not be able to write to STDOUT. We wanted to release this project as an open source project from which all could benefit. To get more information about Tailing Sidecar Operator please see Github repository: https://github.com/SumoLogic/tailing-sidecar 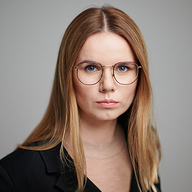 Katarzyna Kujawa is a Senior Open Source Engineer at Sumo Logic working on things which she likes - getting metrics and logs and delivering them in an easy way. She has put her heart into several open source projects related to metrics and logs collection and for sure there will be more.