Git bisect is a great way to help narrow down who (and what) broke something in your test—and it is incredibly easy to learn. This Git Bisect tutorial will guide you through the basic process.

So, what is Git bisect?

What exactly is it? Git bisect is a binary search to help find the commit that introduced a bug. Not only is it a great tool for developers, but it’s also very useful for testers (like myself).

I left for the weekend with my Jenkins dashboard looking nice and green. It was a three-day weekend—time to relax! I came in Tuesday, fired up my machine, logged into Jenkins…RED. I had to do a little bit of detective work.

Luckily for me, a developer friend told me about git bisect (I’m relatively new to this world), and helped me quickly track down which commit broke my tests.

Getting started with Git bisect

First, I had to narrow down the timeline. (Side note—this isn’t really a tool if you’re looking over the last few months, but if it’s within recent history—days—it’s handy). Looking at my build history in Jenkins, I noted the date/times I had a passing build (around 11 AM), and when it started showing up red (around 5 PM).

I went into SourceTree and found a commit from around 11 AM that I thought would be good. A simple double-click of that commit and I was in. I ran some tests against that commit, and all passed, confirming I had a good build. It was time to start my bisect session!

Narrowing down the suspects

Now that I’d established my GOOD build, I had time to figure out where I thought the bad build occured. Back to SourceTree! I found a commit from around 5 PM (where I noticed the first failure), so I thought I’d check that one out. I ran some more tests. Sure enough, they failed. I marked that as my bad build.

I had a bunch of commits between the good and bad (in my case, 15), and needed to find which one between our 11 AM and 5 PM run broke our tests. Now, without bisect, I might have had to pull down each commit, run my tests, and see which started failing between good and bad. That’s very time-consuming. But git bisect prevents you from having to do that.

When I ran git bisect bad, I got a message in the following format:

Bisecting: revisions left to test after this (roughly steps)

This helped identify the middle commit between what I identified as good and bad, cutting my options in half. It told me how many revisions were between the identified commit and my bad commit (previously identified), how many more steps I should have to find the culprit, and which commit I next needed to look at.

Then, I needed to test the commit that bisect came up with. So—I grabbed it, ran my tests—and they all passed.

This narrowed down my results even further and gave me a similar message. I continued to grab the commit, run tests, and set them as git good until I found my culprit—and it took me only three steps (versus running through about 15 commits)! When my tests failed, I had to identify the bad commit.

Aha! I knew the specific commit that broke my test, who did it, and when. I had everything I needed to go back to the engineer (with proof!) and start getting my tests green again.

Getting to the Root Cause

When you are in the process of stabilizing tests, it can be fairly time-consuming to determine if a failure is a result of a test, or the result of an actual bug. Using git bisect can help reduce that time and really pinpoint what exactly went wrong. In this case, we were able to quickly go to the engineer, alert the engineer that a specific commit broke the tests, and work together to understand why and how to fix it.

Of course, in my perfect world, it wouldn’t only be my team that monitors and cares about the results. But until I live in Tester’s Utopia, I’ll use git bisect.

Who Broke My Test? A Git Bisect Tutorial is published by the Sumo Logic DevOps Community. If you’d like to learn more or contribute, visit devops.sumologic.com. Also, be sure to check out Sumo Logic Developers for free tools and code that will enable you to monitor and troubleshoot applications from code to production. 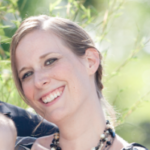 Ashley Hunsberger is a Quality Architect at Blackboard, Inc. and co-founder of Quality Element. She’s passionate about making an impact in education and loves coaching team members in product and client-focused quality practices. Most recently, she has focused on test strategy implementation and training, development process efficiencies, and preaching Test Driven Development to anyone that will listen. In her downtime, she loves to travel, read, quilt, hike, and spend time with her family.