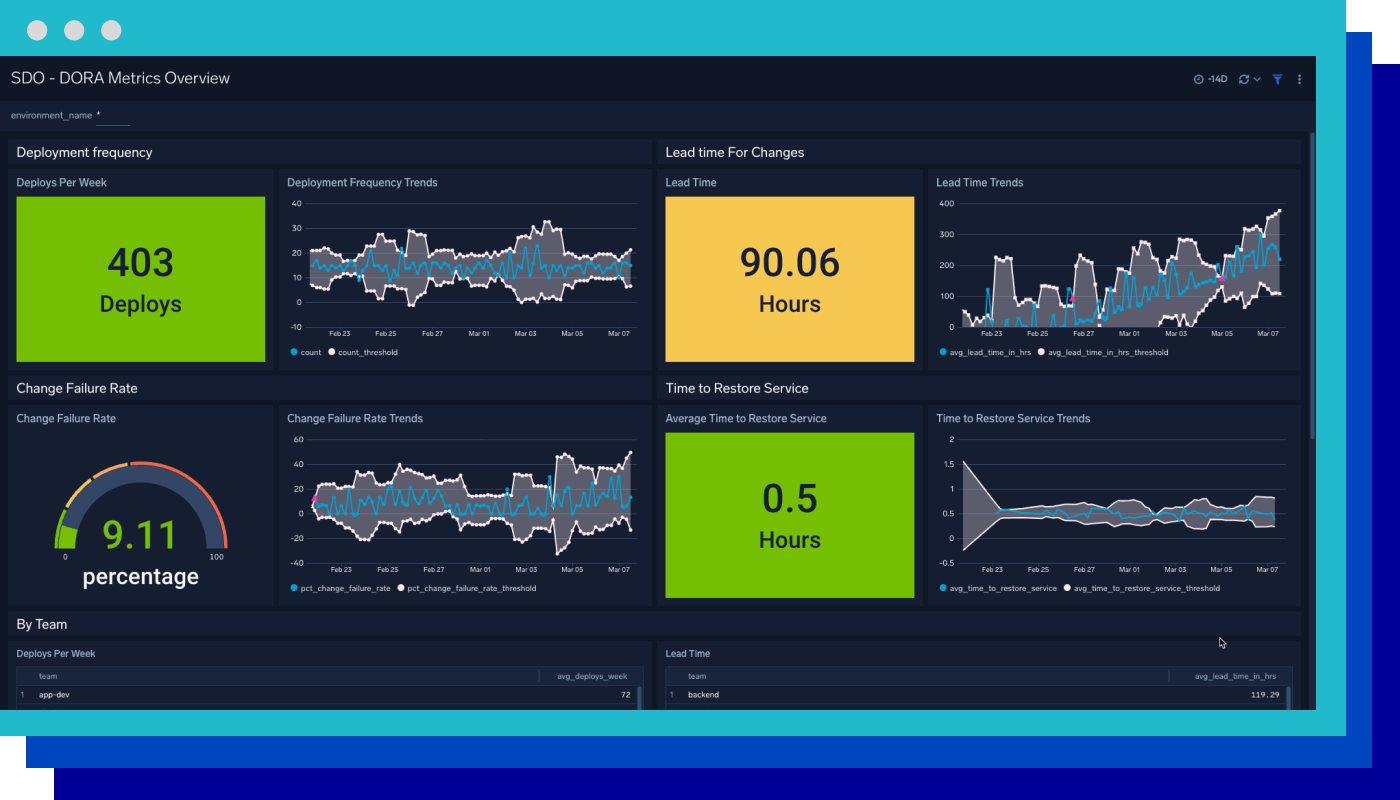 Automation is an important component of DevOps, but how do you actually put automation into practice to advance the goals of DevOps? Let's answer that question.

In this blog, we explore:

DevOps is a collection of best practices and working methods for the software development process with the ultimate goal to shorten and optimize the development lifecycle and support practices such as continuous integration, continuous delivery, and continuous deployment (CI/CD). In today's business environment, DevOps teams and site reliability engineers must be able to deliver features and updates with a high-frequency rate, delivering short turn-around times while maintaining the stability of the production environment.

Central to the DevOps culture and philosophy is the idea that cross-functional product teams, equipped to both develop and run their software features, should be the ones to deliver them. This notion is captured by the common DevOps mantra: "You Build It, You Run It."

In the past, software developers would build a new feature and pass it on to an IT operations team to determine how to test, run, support, and maintain the feature. In DevOps, a cross-functional product team is expected to manage features from conception to production with input from developers and IT Ops. This eliminates knowledge silos between software development and IT Ops teams and leads to lower downtime, and faster releases with fewer bugs.

What is DevOps automation?

DevOps automation is the practice or discipline of using specialized software tools and methodologies to automate repetitive and manual tasks throughout the software development lifecycle.

Why is DevOps automation important?

For DevOps teams, automation is a central principle that reinforces all other DevOps principles. It “takes the robot out of the human” and promotes better collaboration and communication by allowing team members to automate repetitive and routine tasks so that they can spend more time working with each other and less time doing tedious manual work.

It also facilitates observability, improvement, and shift-left practices by ensuring smooth and consistent processes. And it goes hand-in-hand with declarative configuration management.

What are the benefits of DevOps automation?

Automation delivers a range of benefits that make it easier to achieve the goals of DevOps.

When processes are highly automated, they are also consistent and predictable. A software automation tool will always do the same thing until it is reconfigured to do otherwise. The same is not true for manual processes prone to human error.

Automation means that processes like code integration and application deployment happen faster. This is true for two main reasons.

First, there is no need to wait on a human to be ready before a process can start. Manually deploying a new release at 2 a.m. may not be possible when you rely on a human to execute the process. With automation tools, there is no delay.

Secondly, automated processes tend to be executed faster. An engineer who is manually deploying a new release will need to assess the environment, type out configurations, manually verify that they deployed the latest version successfully, and so on. In contrast, an automation tool can perform these operations almost instantaneously.

Automation is the mother of scalability. Often, processes that are feasible to manage by hand cannot be performed manually at scale.

For example, you may be able to deploy new releases manually when you are dealing with only one application and one production environment. But when your team is managing multiple applications and is deploying to multiple environments (such as more than one cloud or different operating systems), your ability to release new code quickly and consistently becomes very difficult.

Which processes should I automate in DevOps?

There are many processes and practices that go into DevOps, and they vary from one organization to another. In an ideal world, you would fully automate everything, but in reality, you often have to pick and choose what to prioritize when building automation.

This decision is different for every DevOps team, of course. DevOps practitioners follow a process for effective software development that leverages software tools (e.g., Docker and Kubernetes) to optimize each stage of the process. Below, we list some common tasks that can be made more efficient through DevOps automation.

In the planning phase, DevOps teams work to establish the business and application requirements for a product or feature. This includes gathering requirements, creating a release plan, establishing security policy and requirements, and deciding what metrics will be used to measure performance. In addition, feedback is gathered from stakeholders, customers, and product road maps to guide future development.

In this phase, an individual developer picks up a body of work in the planning phase and implements it in the form of code and/or configuration artifacts. The developer uses a source code repository to check-in, review, and change code. The source code repository manages the various versions of code that are checked in, so developers do not write over each other’s work.

Tools most commonly used in this phase are Git, GitLab, Subversion, Cloudforce, Bitbucket, and TFS.

In this phase of the pipeline, code from in the source code repository is compiled into executable artifacts, after which a series of automated unit and regressions tests are run to ensure the executable code is ready to be deployed. Teams use metrics to measure code quality and performance, build performance, and other methods before marking the product or feature as a candidate for release. Automating the build process is one of the most important best practices for continuous integration. Teams require the capability to initiate a full build script that compiles binaries and generates documentation, web pages, and statistics.

Popular tools during this phase include GitLab, GitHub, and CFEngine.

Automated self-testing should be run on every build to ensure that the source code continues to function as expected. When an error is found, it can be diagnosed and corrected through debugging, or developers can revert to a stable version of the code while losing a minimal amount of changes. 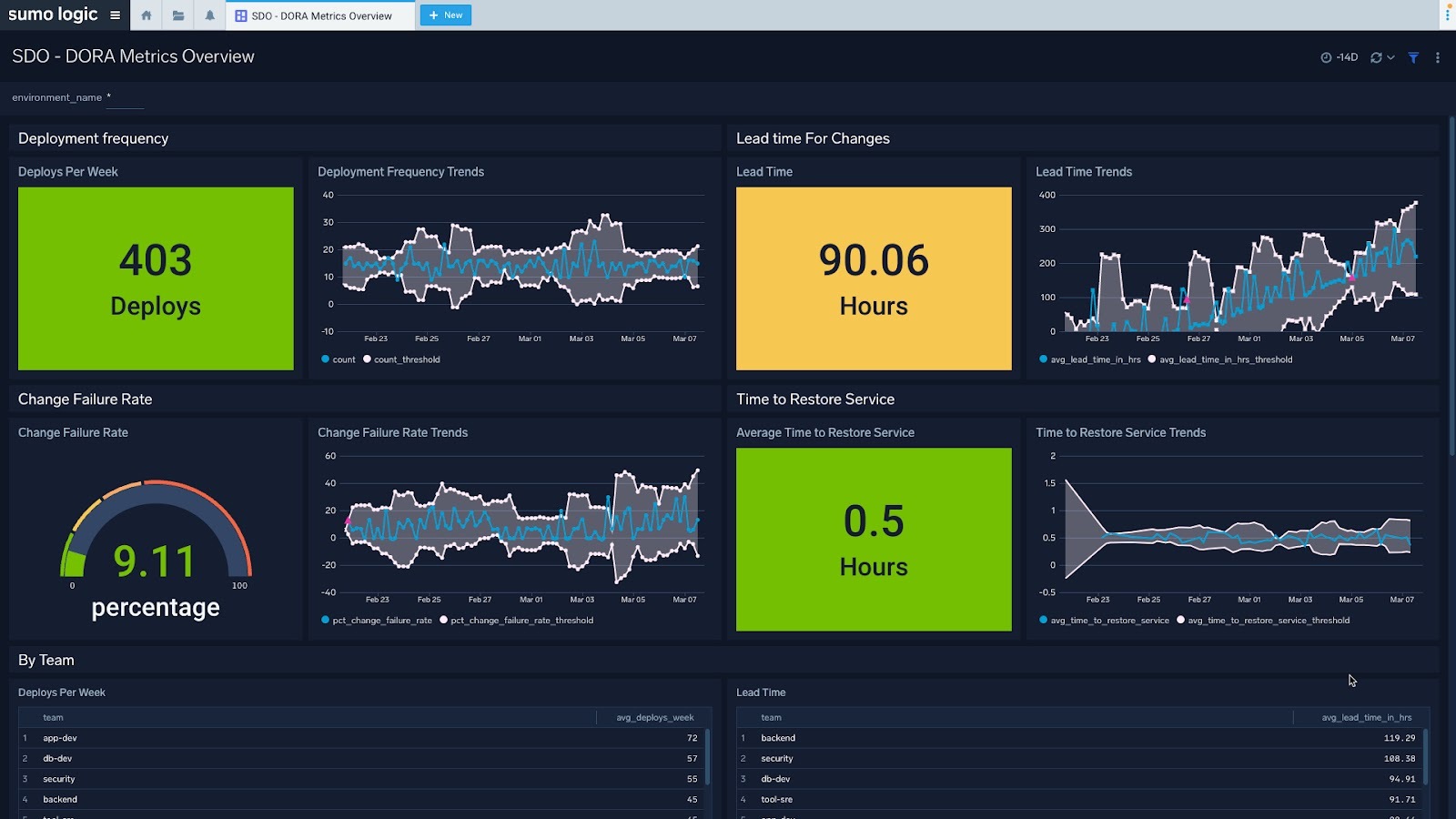 When a new feature has passed verification, it is ready for release. The final step is to package the release, also known as "staging". This includes practices such as package configuration and may involve an approval process that integrates feedback from managers or executives. DevOps teams use package management software applications, such as JFrog's Artifactory and ProGet, to facilitate release staging and holding.

Releasing a new software update or feature means deploying that feature into a production environment where users can access it. DevOps teams must coordinate their releases with other feature releases while ensuring that back-ups are in place to restore the system if the release causes a system failure. Some DevOps teams may automate the process using scheduled or timed releases. The best-known vendors of release management software include IBM, BMC Software, and VMWare.

The software development process does not end with release to production, as additional configurations may be required to optimize performance. These activities can include application or data storage provisioning, network provisioning, and general configuration of the release. DevOps teams use Infrastructure-as-Code tools and configuration automation to streamline this process, with notable tools such as Ansible, Chef, and Otter.

Once a release has been configured and optimized, it should be monitored for performance and security, to understand its impact on the end-user. Teams are responsible for monitoring the performance of IT infrastructure, measuring user experience using pre-defined metrics, and capturing production statistics to ensure the feature is functioning correctly.

Keeping track of all of the components of a fast-moving DevOps environment is difficult to do manually, at scale. Automation tools that can monitor availability, performance, or security problems and generate alerts based on them help solve this challenge. Sumo Logic provides a premium tool that leverages machine learning to help DevOps teams facilitate effective application monitoring in the production environment.

What are best practices for DevOps automation?

Keep engineers in the loop

In practice, it’s usually not possible to automate every aspect of a DevOps pipeline. Automation in DevOps doesn't remove engineers from the picture entirely. Even the best-automated DevOps processes require human oversight and intervention when things go wrong, or something needs to be updated.

But teams should strive to automate whenever and wherever possible because automation minimizes dependency on humans for managing basic, recurring tasks within a DevOps practice.

Pipeline diversity and toolchain fragmentation hinder visibility and make the process of delivering software increasingly complex. High fragmentation across various tools and teams provides no easy way to centrally measure and optimize the performance of the software delivery pipeline in real-time. Each tool provides context about its performance but doesn’t easily share data making it difficult to get insights into how your organization is operating comprehensively.

It can be set up in a few minutes to help teams collaborate more effectively and release secure, high-quality code faster. We leverage the KPI methodology developed by the DevOps Research and Assessment (DORA) organization to automatically derive industry-standard metrics backed by actionable insights and raw logs specifically designed to give teams complete visibility and observability of the entire DevOps lifecycle. 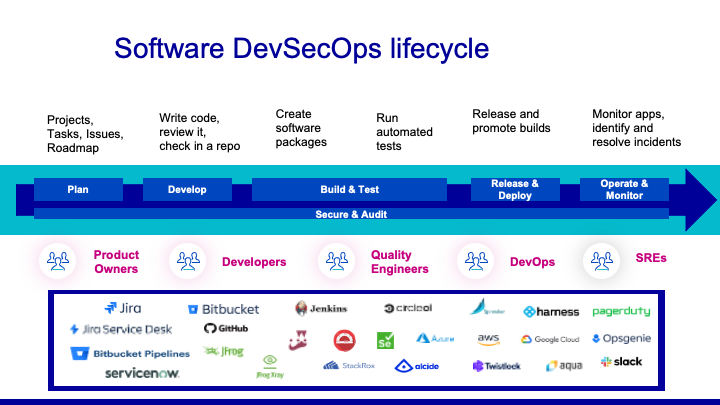 DevSecOps is the philosophy of integrating security practices within the DevOps process. DevSecOps creates a ‘Security as Code’ culture with ongoing, flexible collaboration between release engineers and security teams. The DevSecOps movement, like DevOps itself, is focused on creating new solutions for complex software development processes within an agile framework.

DevSecOps is a natural and necessary response to the bottleneck effect of older security models on the modern continuous delivery pipeline. The goal is to bridge traditional gaps between IT and security while ensuring fast, safe delivery of code. Silo thinking is replaced by increased communication and shared responsibility for security tasks during all phases of the delivery process.

Examples of automation in DevOps include:

Getting started with DevOps automation tools with Sumo Logic

When it comes to automating log management and analysis, Sumo Logic offers a solution designed especially for the needs of DevOps. Sumo Logic delivers the ability to work at any scale and with any application or infrastructure. It also offers configurations that are repeatable and reusable, and it integrates with a variety of other common DevOps tools.

Colin A.B. Fernandes serves as Sumo Logic's director of product marketing, EMEA, and is responsible for growing the business in the EMEA region. Based in Amsterdam, the Netherlands, Colin is a seasoned ICT professional with a wealth of experience and a proven track record in helping sales teams, partners and customers to create business value and (over) achieve their goals. He has successfully worked for software start-ups, but also medium and large companies, in a variety of roles, including sales, solution engineering, business development, product marketing and field readiness.