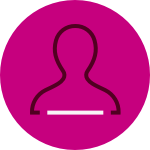 Apache, an open source web server that dates back to the mid-1990s, is one of the oldest web servers still in widespread use today. It remains one of the most popular web server platforms out there (even though NGINX has been slowly eroding its market share for a while). This means that there is a good chance that you’ll find yourself at some point working with Apache logs, if you’re not already. Below, I explain how logging in Apache works, where to find logs, what to look for in them and which tools can help you work with them. For this post, I’ll focus on Apache error logs. Some of these tips apply to Apache error logs as well.